Clambake we’re gonna have a Clambake!  Mega soon-to-be-richer Scott Hayward just wants to be loved for who he is, poor Scott, it’s not enough to be super sexy and have a great voice but he wants love too?  So he comes up with the age-old trick of swapping places with the poor guy…just give him a suit and a car and away he goes.  Shelley makes, yet another, appearance in this one as does one of everyone’s favourites…Bill Bixby.  Gotta love that white suit with the black trim. 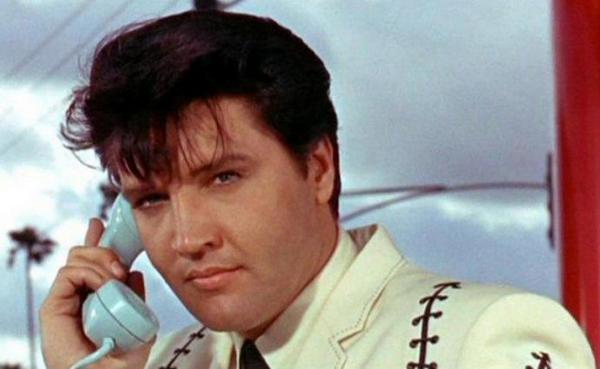 Scott becomes Tom and Tom become Scott.  The new Scott is quite funny but the silly music that accompanies the antics don’t really help.  Bill (James) plays the rival to Elvis’s Tom, and Shelley is only interested in the rich guy… She gets Tom to take her out for some ski lessons so she can get the rich guys attention. 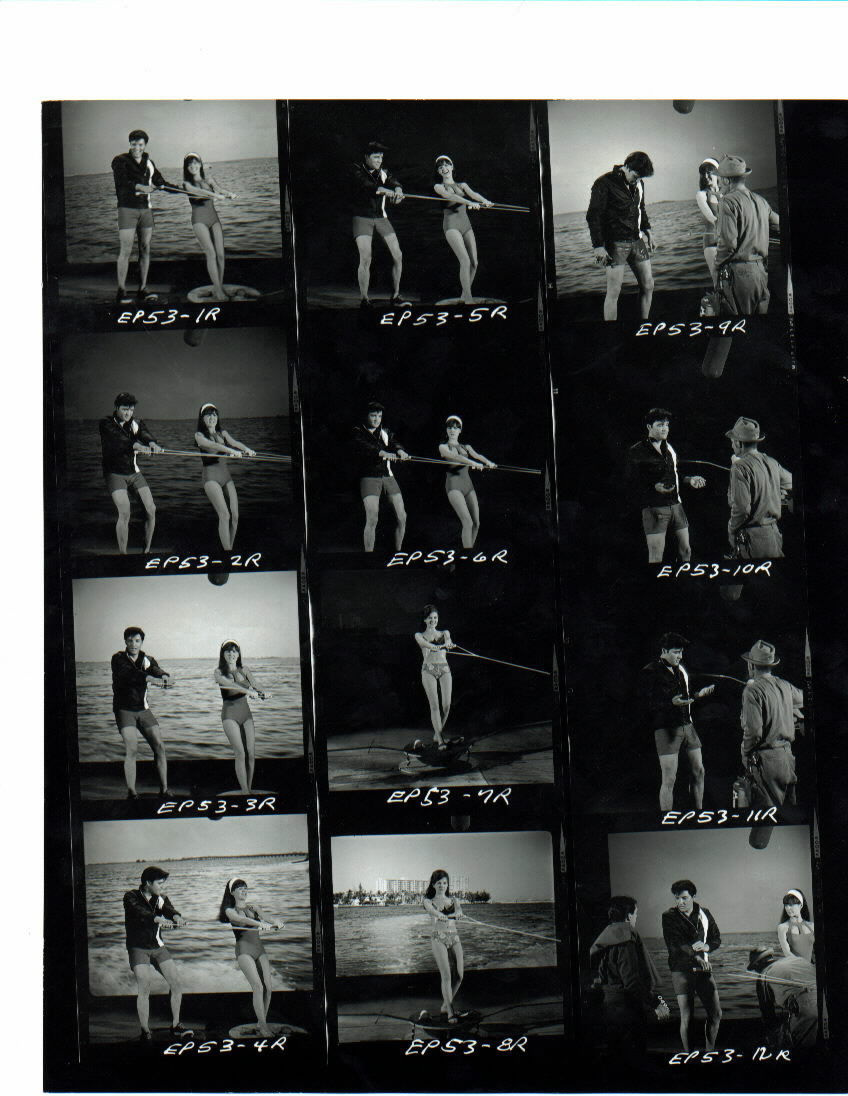 Elvis looks great again.  And the sets don’t look too bad, a huge improvement over Double Trouble.  I love Shelley’s (Diane) hair in the pic, it’s a little darker and longer and doesn’t look as much like a good girl hair do.  Tom tries to romance Diane but she makes it clear she’s only interested in the rich boys.  But he sings to her anyway, a song which is really nice…A House That Has Everything, it’s pretty and cute and sweet.  After the song they jump back on the motorbike and drive off on the beach…but I think they forgot the guitar and most importantly, they forgot to put the fire out! 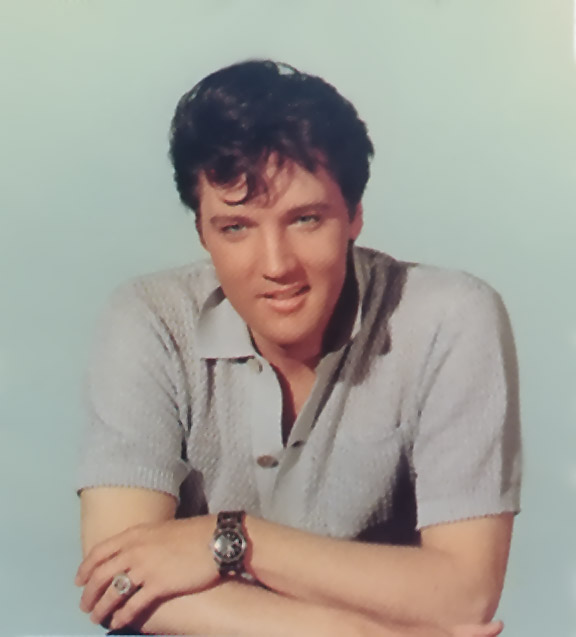 The skiing shots are amusing.  And Diane looses her top and gets a date with James Jameson, and gets Flipper’s blessing too.  Then Scott and Tom drop into a kids playground and sings Confidence, (I learned how to spell Confidence from this song).  This scene strikes me as…they had a song and needed a scene to put it into, so this was it.  I really enjoy it, even if it makes no sence being here.  It’s just a bit of fun…oh and Corbin Bernsen is one of the kids., and Red West is the ice-cream vendor.  LOL, I love the graffiti in the back ground…Paul and Robbie are creeps…ah so innocent. 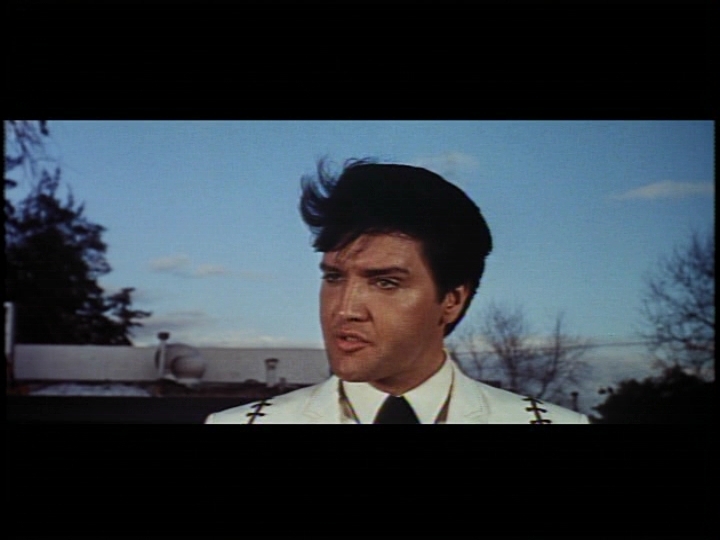 Clambake time.  Some really groovy dancers too.  Yep the actual movie is called Clambake and that was it…all done.  Well the Clambake’s all done and now it’s back to work.  Tom starts working on a speed boat and don’t ya just know it, Tom knows how to fix it, with Goop.  You Don’t Know Me, is a fabulous song.

I do love all the songs in this movie, and particularly love Hey Hey Hey, Tom sings with all the girl, I love it when he sings “I’m gonna tell you what you’re gonna do”  song a little differently and super sexy. 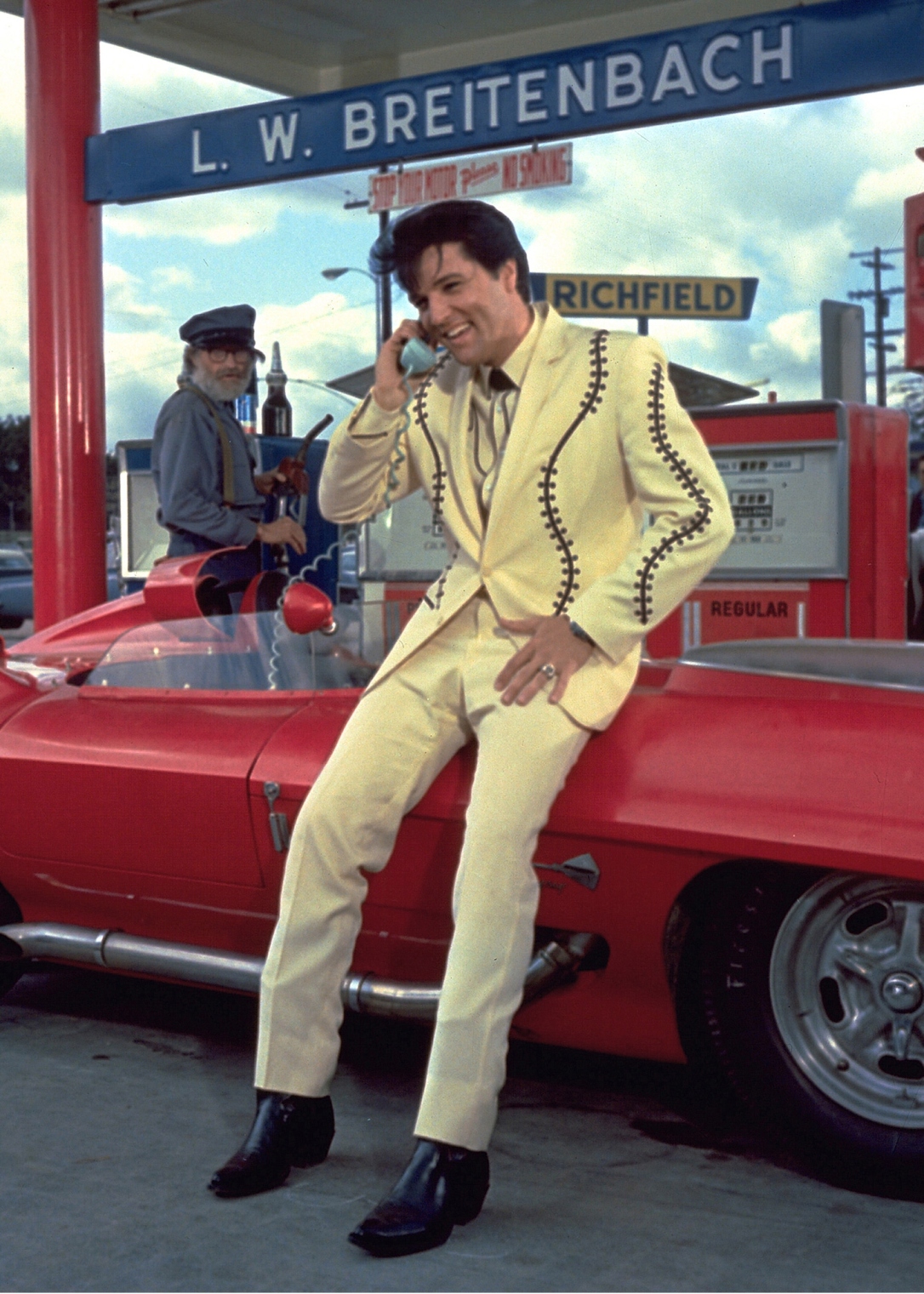 There’s one little problem…the real Scott (Elvis), well his Father shows up.  They have a father and son heart to heart, and all is good.  His father continues to keep the secret.

James proposes to Diane and they are interrupted.  She leaves and then I feel like there is a fight coming on…James calls Karate, Tom punches him once in the face and the fight is over.  Shortest Elvis fight ever.  And amusing.  Also amusing is the scene when the new Scott meets actual Scotts father. 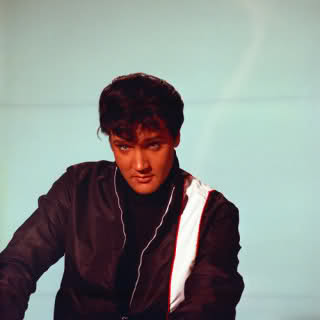 The big race begins.  Jameson is in the lead and Tom’s boat is making some strange sounds.  I used to love the sound of the boat hitting the water when I was a kid.  And Tom wins! Yay!

Diane attempts to leave and Tom picks her up in the very expensive car he actually owns.  Then proposes.  She then accepts without knowing anything about just how rich he is.

Okay all in all, this is an awesome movie.  Really nice and entertaining.  Not silly at all.  I think it might have cured me after my Double Trouble experience.

My Favourite Song:   You Don’t Know Me

You could write me a little something :) Just down there ▼ Cancel reply