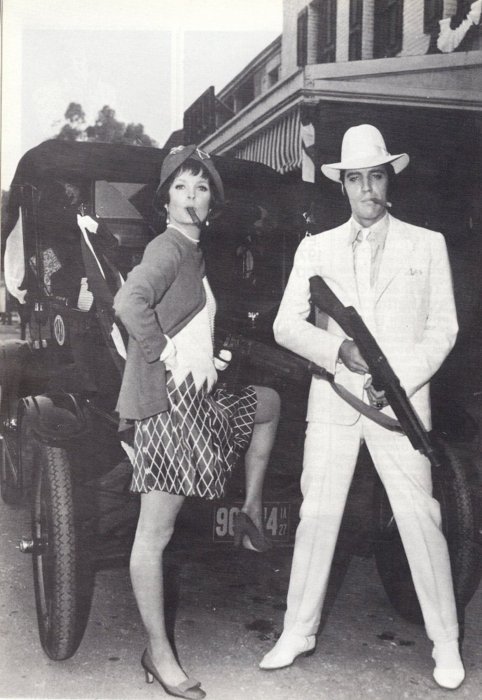 (I don’t really understand this movie poster as the movie was set in the twenties and I don’t recall Elvis having a gun in the movie at all).

The Trouble With Girls (and how to get into it) starts off in black and white then changes to colour when the manager of the Chautauqua steps of the train…Walter Hale (Elvis). 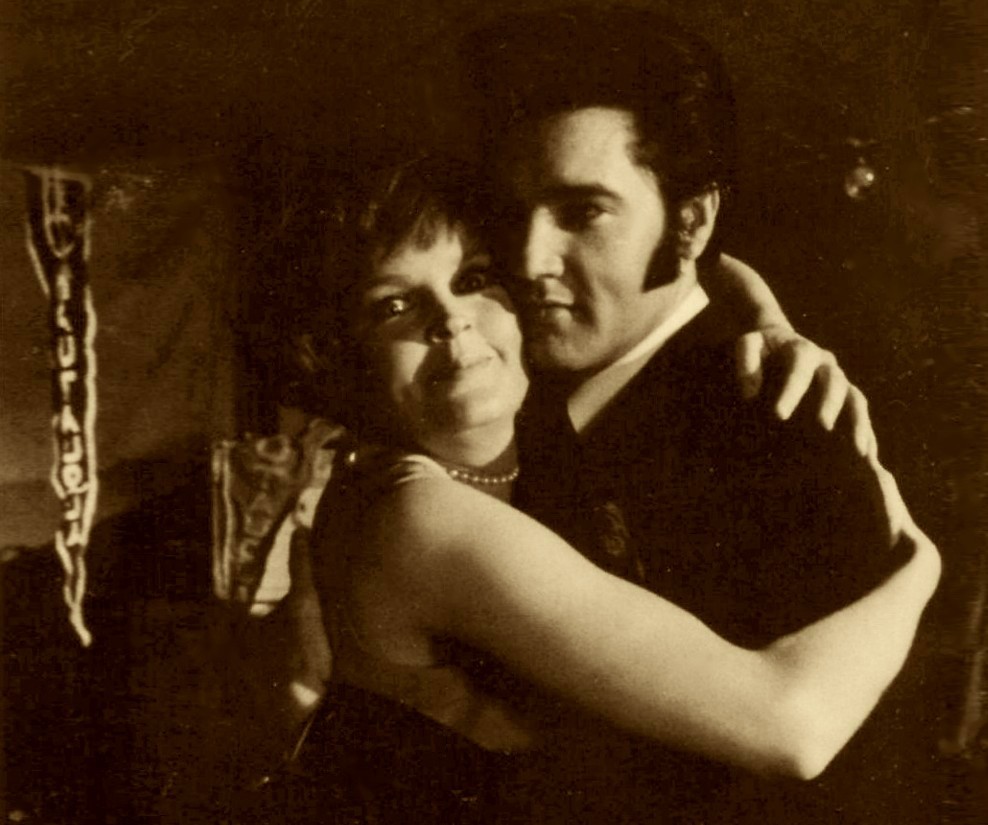 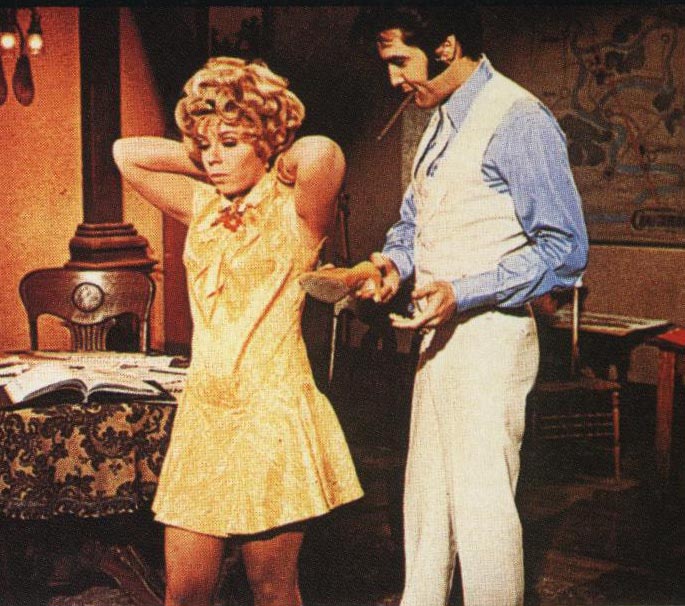 Two little kids (Carol and Willy) are waiting to audition to entertain at the Chautauqua.  The little girl is very familiar to those of us that were TV addicts in the seventies…Loved loved loved Family Affair, however there was not a happy ending for young Buffy…moving on. 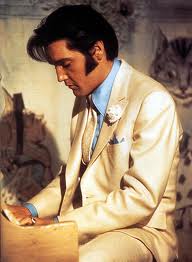 Oh I love the way they are making those snow cones, hhmm shaved ice and cordial! Carols Mum is fooling around with the shop owner while his wife is out, if you listen to the song Clean Up Your Own Backyard it tells the story quite well.  Nicole Jaffe is such a goofy looking gal, but completely wonderful she plays Betty a great character, she also happens to be the voice Velma in Scooby-Doo.  The local band perform an audition on the street for Walter, and it is filmed, partly from the view of the kids and the view that the kids would have if they were looking through their fingers, just brilliant!

Dabney Coleman plays Harrison Wilby, the store owner.  The kids visit the store and he sells them ALL the fireworks for just a dollar!! On parting he tells the kids not to tell anyone where they got the fireworks from as they are illegal ya know!  This news kills the kids excitement and they literally run into Vincent Price and they shit themselves even more,  Vincent Price is Mr Morality and just preaches to everyone, which I assume is his job.

Elvis is not in every scene of this movie, but it leaves room for this movie to develop nicely.  Man oh man Elvis is looking fine.

Swing Down Sweet Chariot is sung to perfection by Walter, as a fill in.  Love the finish.  Hmmmm.  After the performance, Harrison Wilby shows up to harass the lovely mother of Carol.

The scene with Sharlene is nicely done, Sharlene keeps talking and Walter just keeps laughing…I don’t know but it looks to me like that was a bit of a outake that was just edited in as part of the scene.  Later on when Walter is seducing the lovely Sharlene, a cigar that Walter had is tossed into the kid’s giant box of fireworks and all hell breaks loose.

There’s an altercation between Nita (little Carole’s mum) and Harrison at the shop which is witnessed by Sharlene.  He really is a douchebag!  And he turns up dead.  Good riddance.

Walter realises that Nita was probably the murderer and organises a confession on stage.  However, she gets drunk and doesn’t show up for a while, so fortunately Walter has to stall by performing, which is just how we end up with the wonderfully filmed and beautifully sung, Clean Up Your Own Backyard.  This is a pretty good movie actually, and this song really tops it off.

Well it has taken 31 movies but this is the best.  The cinematography is so different from anything we have seen in the past and you can actually see that Elvis is playing a character and not playing Elvis The Movie Character.  Probably the most shocking part of this, and unexpected, was when they were trying to sober up Nita, Walter just walks up to her a slaps her across the face.  The Signs Of The Zodiac performance is great fun, just watching Walter and Sharlene dancing and singing together is hilarious.

Nita finally sobers up and confesses, to murder in self defence…ah it solves all the problems.

Walter sings Almost in the tent while Sharlene watches on.  Ha, the last scene is amusing.  Poor Sharlene is destined to be travelling with the Chautauqua, whether she likes it or not!

My Favourite Song:  Clean Up Your Own Backyard

Most Popular Song:   Clean Up Your Own Backyard

You could write me a little something :) Just down there ▼